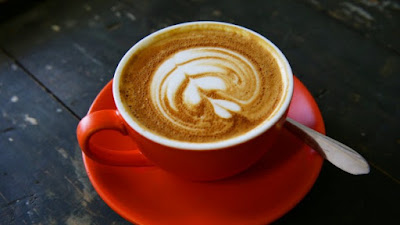 
Sorry world, Australia's coffee is better than yours

It's not often us colonials can be accused of being snobby about anything. I mean – most Australians' favourite historical figure is a bank robber, our favourite sport is a rule-free bastardisation of lots of other people's sports, and our favourite cuisine is made by Four'N Twenty.
About our only concession to pretentiousness is the odd helicopter ride to a political fundraiser. Aside from that, however, we're a pretty laid-back bunch.
Except, that is, for one facet of life. In this, Australians truly are card-carrying puritans. We're total snobs. And we're not the sort of snobs that you might expect – we're not hotel snobs, we're not car snobs, we're not plane snobs and we're not food snobs. But we are extremely painful, colossally serious coffee snobs.
You know, already, without even thinking about it, that this is true. Australia has become a land of coffee obsessives, a country free of a caffeinated cultural cringe, a nation of people unafraid to declare that our coffee is better than yours. Traveller even dedicated a whole issue last week to help Australians find places where they can seek solace in a beautifully brewed cup once they leave these heavily caffeinated shores.
We drink flat whites and long blacks, cold drip and single origin, ristrettos​ and cappuccinos – and we have a detailed opinion on where to get the best of each one in any two-block radius.
Australia is ridiculous. We might have come to the party relatively late, but now that we've arrived, there's probably no other country with a coffee culture as serious and snobbish as ours. We're not held back by tradition in Australia, because we have no tradition, which means we're free to love coffee of all kinds: we can dig Vietnamese-style coffee with sweet condensed milk, or Italian-style with froth, or Turkish-style that's like caffeinated sludge. It's all good – that is, as long as it actually is good.
We can recognise bad coffee. There's a reason Starbucks failed in Australia, and that's because everyone knew of at least 10 independently owned cafes within walking distance of any Starbucks store that did better coffee than the new American impostor on the block.
You know where else in the world Starbucks failed? Nowhere. No one can turn their nose up at a big international chain like we can. No one can recognise that a venti decaf frappuccino​ with soy milk and vanilla bean syrup is about as far away from proper, adult coffee as is humanly possible like we can.
We know bad coffee, and we know good coffee. When we're at home that's fine. You can rant about your local coffee purveyors as much as you like in your own neighbourhood. But what about when we go overseas?
For the citizens of other countries, Australians must seem incredibly painful when it comes to coffee. It's like American tourists complaining about the lack of burgers and fries in Thailand, or English tourists going to Spain and eating curry chips. Because when Australians travel, we expect the coffee to not just be good – we expect it to be as good as it is at home.
Inevitably, this is setting us up for disappointment. The coffee in England is bad. Really bad. The coffee is France is bad. The coffee in Japan is bad. The coffee in Brazil is bad. And the coffee in the US, obviously, is bad.
You could make the argument that, "Oh, there's good coffee in London, you just need to know where to find it." The same could be said for New York, or Tokyo. But that's just the thing – when you're travelling you don't know where to find it, which means you're left lining up unwittingly at a chain like Costa expecting a reasonably good cappuccino, or ordering a café au lait in Paris and getting your hopes up.
Not going to happen. So you complain to all of your travel buddies the no one knows how to do a good coffee around here. Painful.
Want more evidence of our snobbishness? There are cafes in both London and New York that advertise the fact they've got Australian or Kiwi baristas. Not Italians, not French. Aussies and Kiwis. And you can guarantee that their clientele will have a similar slant – expats and tourists getting their fill of a decent flat white or a long black that's not just drip coffee with hot water.
There are exceptions to these rules. Travellers to Vietnam will find a coffee culture that might not seem a lot like ours, but the end product is easily as good. The Italians, obviously, know their way around an espresso machine. Argentina, with its European heritage, is a great destination for reliably tasty coffee, and New Zealand is similarly satisfying.
Throughout much of the rest of the world, however, the coffee is going to come as a constant disappointment. It's just not up to Australian standards.
There's not much we have to be snobby about, but the humble flat white is justifiably one of them.
b.groundwater@fairfax.com.au
Publicado: 06:48